Alice has performed both as a soloist and chamber musician in venues such as Carnegie Hall, Teatro la Fenice, Salle Cortot, and the World Economic Forum in Geneva. She has participated in major international festivals in Verbier, Salzburg, Santander, Israel, Poland and Hamamatsu. She has worked with renowned musicians such as Leonidas Kavakos, Richard Goode, Stephen Kovacevich, Ferenc Rados, Dmitri Alexeev, Maxim Vengerov, François Benda and Péter Eötvös, amongst many esteemed others. With Pierre Delignies, Alice co-founded the piano duo IndiviDUAL, a project which has seen them perform to acclaim at Palau de la Música Catalana in Barcelona and at the Royal Concertgebouw as part of the Holland Festival.

This program is put together as a spiritual journey through French music. Although in different musical languages, each of these three composers have a very strong connection to nature and an active spirit expressed through their music.

I felt it important to begin with Bach, as this is music which is extremely balanced (and balancing!) and abundant in all the elements of nature – it is grounded and very human while being expressive, intellectual and highly spiritual.
The French Overture is an amazing example of the French Baroque tradition, with its eloquent use of ornamentation and dances unique to this epoque.

Transitioning into Debussy and Messiaen – these pieces provide a more specifically coloristic writing, combining the senses to highlight individual elements in nature; similarly to the French Overture, each of these works has a very powerful, condensed and clear energy and expressivity in a smaller format, giving us the sensation of travelling through a variety of unique ‘worlds’ through each of the pieces.

The Debussy Préludes dive into the realm of elemental creatures, with the representation of air (“Les fées sont d’exquises danseuses”), water (“Ondine”) and light (“Feux d’artifice”).
I felt that, energetically, Messiaen fit perfectly into this program (and indeed – Messiaen was influenced quite a lot by the French organ tradition as well as by Debussy!)
The “Regard de l’Esprit de joie” is to me the highest expression of joy, combining the forces of sky and earth to the ‘thème de dieu’, ‘thème de joie’ and oriental dances, and I wanted to finish this program with this musical ‘ascension’ into the Spirit… 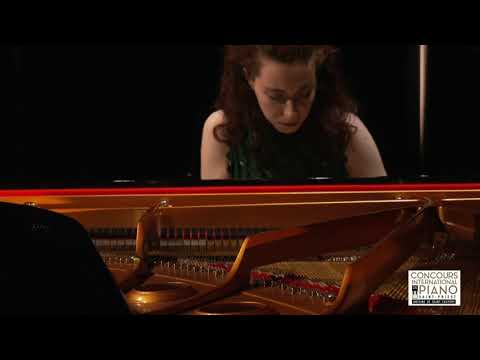 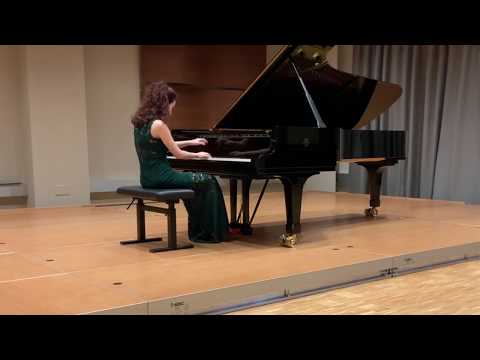 I. Nocturne in E♭ minor