JunLin Wu started his piano studies at the age of six with Professor Qi Li at Xinghai Conservatory of Music in Guangdong, China. Further studies under Professor Jay Peng Chueh Su and Dr Vivian Li, culminated in his winning a place at the Royal College of Music on a Bowerman Charitable Trust Scholarship, to study with Professor Dmitri Alexeev. He is currently pursuing his Master of Music degree there.

JunLin has participated in masterclasses with renowned pianists, including Vladimir Ashkenazy, Yoheved Kaplinsky, Craig Sheppard, John Perry and Antonio Pompa-Baldi. He has appeared regularly on Chinese and international stages and had the honour of being selected to perform in London for the First Lady of the People’s Republic of China, Madame Peng Liyuan.

From 2011 to 2015 JunLin was selected to take part in the Morningside Music Bridge at the New England Conservatory, Boston and made a successful debut recital at London’s Wigmore Hall in March 2019. 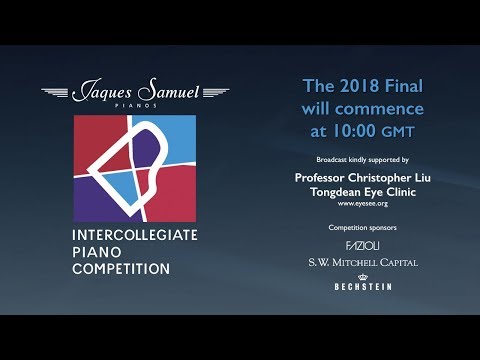