Kevin Chow has a Bachelor of Music with Honours degree from the Melbourne Conservatorium of Music, having studied piano under Glenn Riddle. He is currently completing a Master of Music Degree on a full scholarship at Yale University, studying with Boris Slutsky after previous work under Boris Berman and the late Peter Serkin. He has collaborated in masterclasses with notable musicians Lang Lang, Paavali Jumppanen, Alessio Bax and Leslie Howard.

Kevin has performed extensively throughout Australia and given recitals in China, America, Thailand, Morocco, Greece, New Zealand and Indonesia. He has performed as a soloist with the Sydney Symphony Orchestra, Thailand Philharmonic Orchestra, Morocco Philharmonic Orchestra, and the City of Fremantle Symphony Orchestra. A keen chamber musician, he has worked with the New Haven New Music Initiative and will perform in the 2021 Australian Festival of Chamber Music.

Key highlights in Kevin’s career have included performing for HRH The Prince of Wales and The Duchess of Cornwall in Melbourne and having his performances broadcast on radio throughout Australia and New Zealand. 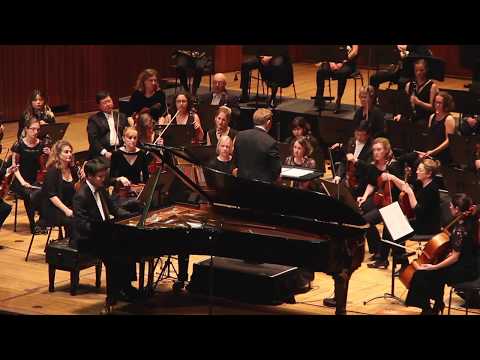