Originally from Osaka, Shion Ota graduated from Tokyo College of Music High School and won a special scholarship to attend Tokyo College of Music where she completed the Piano Performance Course ‘Excellence’. She is currently undertaking a Master’s degree at Nagoya University of the Arts under Yukio Yokoyama after which she will begin studying at the Berlin University of the Arts under Björn Lehmann.

In 2018, Shion was selected as one of five musicians to perform in Japan’s prestigious CHANEL Pygmalion Days competition.

For my Semi Final Round program, I decided the shape as romantic variations.

The first piece is Chaconne from J.S Bach’s second violin partita arranged by Busoni which is the last piece of the set.

Next piece is Corelli Variations by Rachmaninoff which is a famous finale of Corelli’s cello sonata based on the ancient dance La Folia.

The last piece is Spanish Rhapsody by Liszt. Among the themes and variations, they use same effects and show strong influence of dance music and instruments other than piano.

When I play theme and variations, I strongly feel the energy of the music that develops from the singer’s theme to the infinite possibilities.

I find all kinds of emotions in the music and it feels as if I am stepping out on a big journey.

Now that people all over the world are going through difficult times I would be happy if I could give a little positivity to their hearts by giving a performance.

I hope you enjoy! 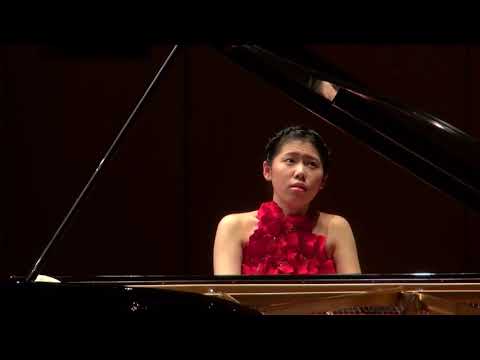 Johann Sebastian Bach: English Suite No.2 in A minor BWV 807

Alexander Scriabin: from Prelude and Nocturne for the Left Hand Op.9