Ming Xie began his musical training when he was six years old. He was enrolled at the Affiliated Middle School of Sichuan Conservatory of Music in Chengdu, where he studied with Professor Hanguo Yang. In 2001, he was accepted by the Pre-College Division at The Juilliard School where he worked with Matti Raekallio. Ming is currently studying at The Juilliard School with Emanuel Ax and Sergei Babayan.

Ming has performed at the Auditori Enric Granados and Petite Palau at Palau de la Música Catalana in Spain, Steinway Hall, Alice Tully Hall and Peter Jay Sharp Theatre at the Lincoln Center, New York, Reinberger Chamber Hall at Severance Hall in Cleveland and Beijing Concert Hall and Jiaozi Grand Theatre in China. His past recitals include an all-French program Les Couleurs de la Nuit and an all-German program Im Augenblick.
Ming made his first recital tour of M/XII 04 Ming Xie L!ve in six cities in four countries in 2014. He will undertake his next recital tour Poème et Fantaisie at the end of 2016. 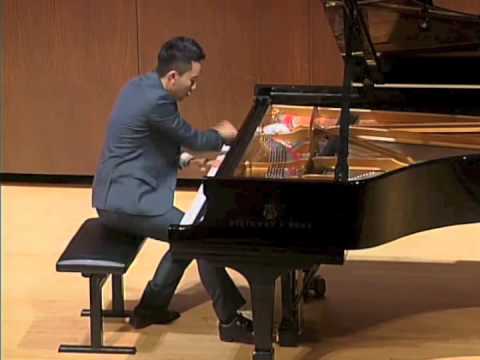 Gabriel Fauré: Sonata for Violin and Piano No.1 in A Major Op.13
Robert Schumann: Piano Quintet in E♭ Major Op.44