Yangrui Cai began to play the piano at age four, and from the age of eight commenced studies with Jay Sun followed by Dr Vivian Li at the Xinghai Conservatory of Music, graduating with distinction in July 2019. He has furthered his studies at the Oberlin Conservatory of Music, Ohio USA, with world-renowned pianist, Professor Stanislav Ioudenitch.

Yangrui received scholarships to attend festivals in the United States, including Morningside Music Bridge in Boston and the Tanglewood Festival in Massachusetts. He has participated in masterclasses with esteemed musicians Dmitri Bashkirov, Antonio Pompa-Baldi, Krzysztof Jablonski and Horacio Gutiérrez.

Representing one of the most touching and loved works from the 19th century Romanticism,  Schubert’s Four Impromptus D.899 conveys some of the deepest emotional states, love and pain alternates, hope and despair conflicts; but at the end, he finishes the minor key finale movement in a major key. The textural simplicity and structural clarity of this work displayed Schubert’s most astonishing skill to capture one’s soul and heart with his hopeful, warm, loving, yet poignant quality.

Representing one of the most influential and inspiring works from the 20th century, Stravinsky’s Trois Mouvement de Petoruchka was also inspired by “love”, but the story behinds the original ballet leads to jealousy, hatred and an ironic tragedy at the end. Stravinsky has mastered one of the most colorful and stylish orchestral work with ingenious orchestration.  Having inherited the symphonic and dramatic quality, the piano version requires some of the most difficult pianistic skill to capture the complexity of the orchestral color and timbre.

I personally finds these two works demonstrate extreme contrast philosophically and musically. Ironically, just like the life of these two great composers, one dies young in poverty with unfinished beautiful inspirations to the world, and the other succeeded life-long fulfilling  career, influencing many of his peers and successors. They are both among my more admired composers. 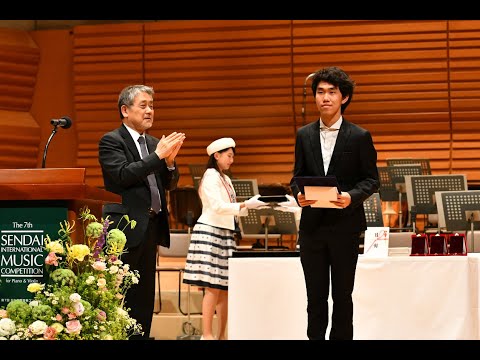 Johannes Brahms: Variations on a Theme by Paganini Op.35