Ziyu Liu began his musical education under Professor Ling Yuan at the Central Conservatory of Music, Middle School, in Beijing. In 2015, he became a student at the Hochschule für Musik, Theater und Me-dien Hannover, studying piano under Ewa Kupiec and Arie Vardi.

Ziyu has performed in such major concert halls as the Elbphilharmonie in Hamburg, the Weimarhalle, the National Centre for the Performing Arts in Beijing, the Shanghai Concert Hall and the Shandong Grand Theatre. He has performed concertos with the Orchestra del Teatro Carlo Felice di Genova, the Jenaer Philharmonie in Germany, and the Orchestra Filarmonica Mihail Jora din Bacău in Romania. He has taken part in the Mozart International Music Festival in Salzburg, the Weimar Music Festival and the Coburg Music Festival in Germany. 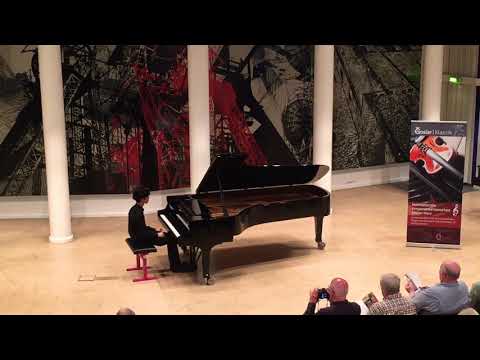